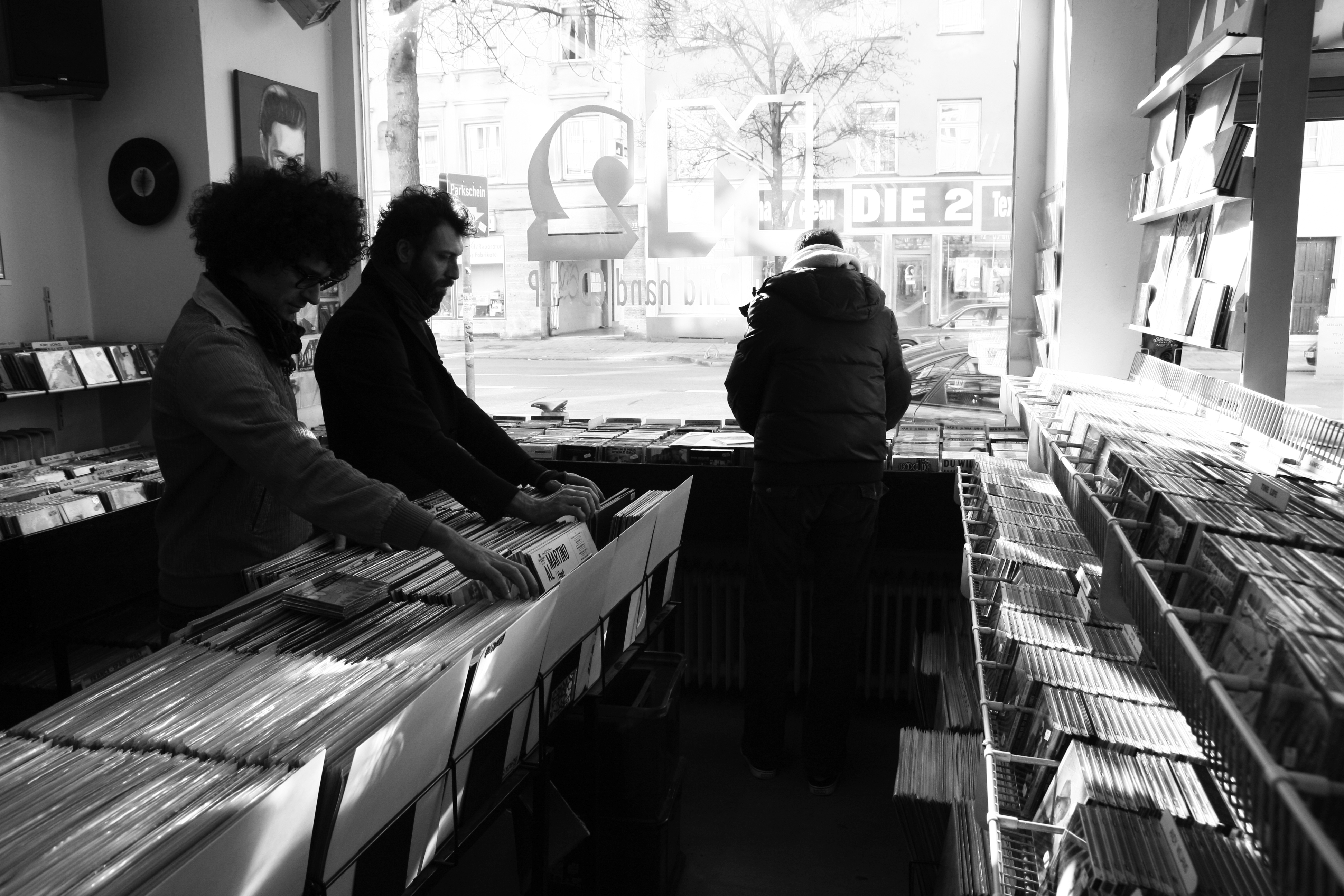 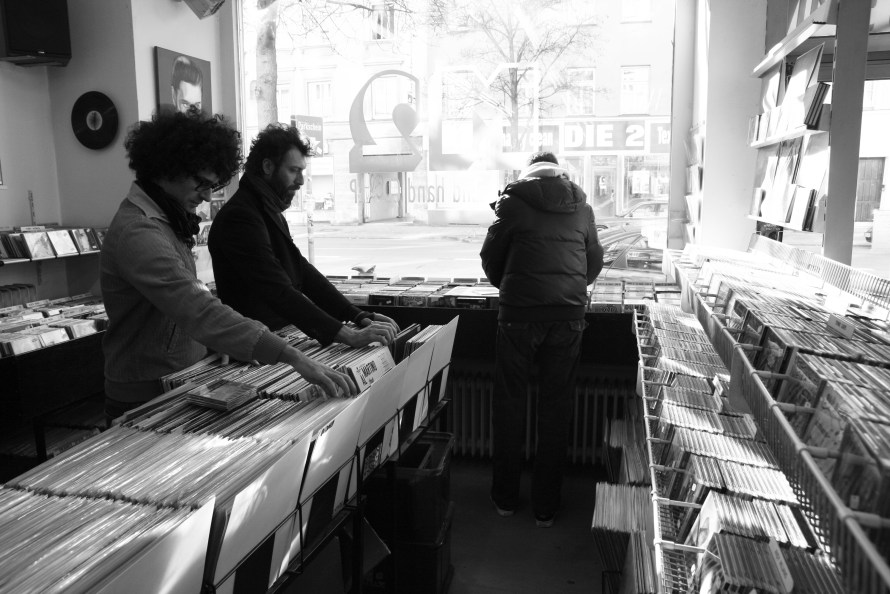 The photo was taken at M2 – Music 2nd Hand in Nordendstr. 41 (Am Elisabethplatz)80801 München. I suggest you this very beautiful record store!

That is the cheeky name of one of the more talented and brave club nights in Italy, and now it is giving a name to the DJ team as well.
Miles after miles, bpm’s after bpm’s, since that debut night in early 2006 all run with authentic enthusiasm, eclecticism, and savoir-faire, the same ingredients made Excuse Me one of the most tattled (and requested) DJ team in Europe, already considered in Italy a sort of a reference when it’s time to scout for remixes, white labels, and disco/rock clashes.